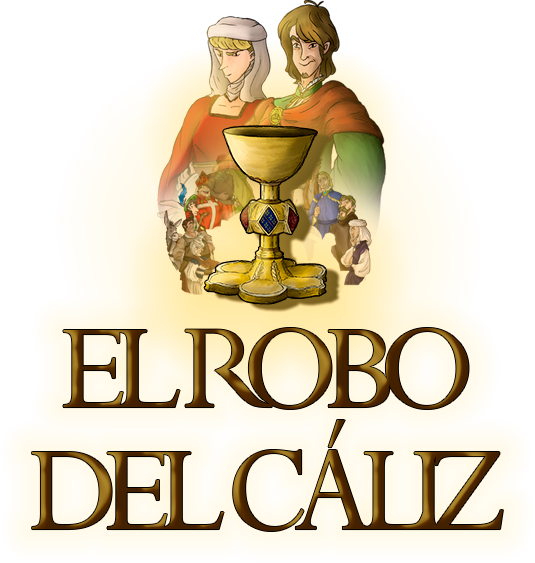 As you know, our illustrious Monarch has announced that next Sunday, the newly established title ‘Prince of Viana’ will be celebrated with a solemn mass at Santa María la Real Cathedral. It will be attended by all the authorities and prominent officials of Navarre and other neighbouring, allied Kingdoms.

For this notable event, it had been arranged for the King’s Chalice, which he personally donated to the Church of Ujué and which he so often took on his pilgrimages to Santiago, to be temporarily transferred to Pamplona.

Not only is the Chalice (a masterpiece of Navarrese silver work) truly invaluable, it is also the utmost symbol of the love and loyalty that the King professes to our land.

Unfortunately, the Chalice was stolen yesterday. The carriage transporting it was attacked at about half past seven in the evening, in the vicinity of La Magdalena Bridge. I have included a detailed drawing of the stolen piece.

The driver and the guard in charge of transportation were not able to see anything. When they went to inspect the rear wheel that had become stuck in a large pothole, someone brutally hit them from behind, leaving them unconscious for about ten minutes.

We are convinced that the perpetrator is part of the King’s entourage as no-one else knew that the object was being transferred. We have therefore launched an internal investigation.

This initial investigation leaves us with 13 suspects whose names I have included in this letter. Your mission will be to interrogate the suspects so we can discover the thief’s identity, but above all, you must recover the Chalice. You will carry out your mission with the utmost discretion and diligence, even though the news of the robbery is now public knowledge.

Chancery of the Inn of HM Carlos III